I TOTALLY meant to get to the range with the Saiga this week and have just been too damn busy.

I still don't even know if it works.
Posted by That Guy at 7:43 AM No comments:

Yeah, I missed Buy a Gun Day, but I have a good excuse. I was on vacation. But, on my first day back, I got my Saiga 12 off of Layaway.

Without further ado, here she is: 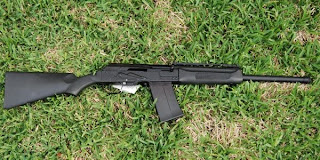 And here is the best thing: 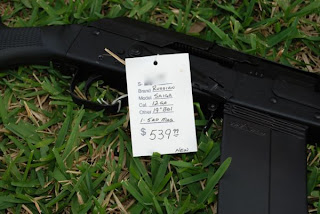 I put this on layaway right before the 'panic' set in for the BATFE did the infamous 'study.' The 'study' has made everyone believe that they will be banned the next time the bureaucratic morass sloughs forward. The guys at the shop told me that they could have "sold it nineteen times over' while I had it on layaway. Distributors are now charging over $700 for these, and my shop says even at that price, they can't get any on hand.


*'teddy bear'ing a new aquisition is the act of taking it EVERYWHERE with you. Like a 3-year-old with a favorite bear, you take it to the living room, to the kitchen, to the john, etc...
Posted by That Guy at 8:47 PM 3 comments:

I had a vey young aisian male pat me down. Sanding in front of everyone at the checkpoint when the "I need a male assist!" is shouted across the area. No shoes on, pants falling down (can't wear my Don Hume gun belt through the pat down), and having some minimally trained government agent rub over my ass and crotch and run his fingers inside my waistband. Meanwhile they have the loudspeakers droning on with the rules for going through the checkpoint. This was a surreal experiene that reminded me of 1970's dystopian movies or propaganda movies about soviet era Russia.

And my sarcastic streak almost got me in to trouble. I had the urge to say something about "thankfully I have a thing for Asians" when he was describing how he was going to touch my crotch with the back of his hand.

This security theatre has got to stop. It does nothing
Posted by That Guy at 9:19 AM No comments: 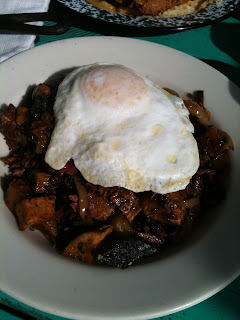 Black pepper brisket hash with fried egg. Fremont Diner in Sonoma,CA. Worth the trip
Posted by That Guy at 12:15 PM 1 comment: 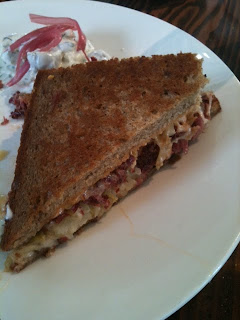 Holy jeebus, that was a good Reuben
Posted by That Guy at 3:51 PM No comments: 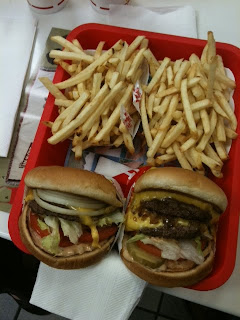 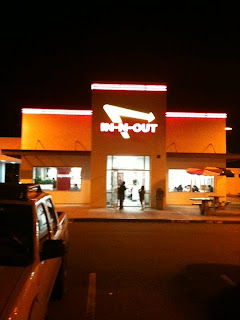 If you are going to be on a small tiny aluminum tube hurtling through the air at 30,000 feet altitude, please do everyone the common courtesy of taking a freaking shower sometime in the past , oh... Seventy-two hours.

This is just ridiculous that people smell this bad in an airplane at this day and age. It's not like it was a surprise that you ended up here. It's not like you stepped out of the house to get a pack of smokes, took a wrong turn and ended up in an airplane screaming toward the west coast. "Oh, hell- if I only KNEW I would be flying today I would have taken care of the basic human hygiene needs!"

this ends my rant from a wifi connection on an airplane.
Posted by That Guy at 7:47 PM No comments:

To a certain FFL/ Gun Dealer in my hometown:

Dr. John Lott runs the numbers on NICS* checks and comes up with a Low/ High on the 'false positive denials' on "Instant Checks"*

So, MR. FFL- Next time you think that someone is trying to use you to break the law because they get a delay on an instant check*, remember that the Govt is wrong about 95% of the time. The Govt. seems to be happy with that number.

*Only in Government can something be called "Instant" and be expected to take up to 5 business days (7 real days for those of us that do not punch a Govt. time clock). I guess that's what happens when you can have 'non-essential employees' as well.
Posted by That Guy at 1:23 PM 2 comments:

A lesson in how to do things right.

Yesterday, I saw that Henry Repeating was hitting the Mare's Leg market. I am about ready to completely give up on the .357 Magnum Rossi Ranch Hand, and get the Henry .22 for a fun "Shits and Giggles" plinker.

Here is what is going on- Rossi announced the Ranch Hand almost a year ago. A few .45Colt and .44Mag versions have come in country. I have SEEN a .44 Mag, seen reviews of the .45.... but the .357 appears to be vaporware. The Rossi supposedly has scope mount holes under the rear sight. So I call Rossi yesterday (since there is no email addy on the Rossi website)to see when the .357 is going to be at distribution. I am on hold for 25 minutes before I give up.

I email Henry to see if there are scope mounts for the Mare's Leg. I get an email from the President of Henry Repeating, Anthony Imperato, in less than 24 hours with a response. Yes, the .22 is grooved for scope mounting, and the .45 is drilled and tapped. Oh, and the Mare's Leg seems to be in distribution and for sale on Gun Broker.

I have interacted with Mr Imperato on a message board before, and I have the utmost respect for him and his company 'voting with their feet' by moving out from the oppressive regime of New York City, and into the slightly less oppressive New Jersey.

Lesson for companies that want my money: DO NOT ANNOUNCE VAPORWARE (do you hear me Charter Arms and your Rimless revolver?), and be responsive to the customer. When you have products ready to ship, announce them. In the days of internet marketing and lightning fast word of mouth, you do not have to wait for the SHOT show to announce products.

A new entrant in the "I WANT!" file

Saw this over at Michael Bane's blog.

Henry Arms is making a 'Mare's Leg' lever action pistol. They are not making the .44 Mag or .357 that I am already planning on buying, but they are making a .22LR version that holds 10 rounds!

I have mentioned before that I want one of the Rossi "Ranch Hands." But Rossi announced this over a year ago, and I have no proof that they have shipped even ONE of the .357 Mag versions.

I have seen a .44Mag version, and have seen reports of the .45Colt... but no .357. Which is probably a good thing since I would have dented a credit card to get it.
Posted by That Guy at 9:32 AM No comments: