"What Kind of Conservative are you?" Quiz

I was just sent this quiz, and I was disturbed by the pre-set answers. Here are the questions with what I would REALLY answer them with if it were not multiple choice:

Question 1: Which bumper sticker would you most likely put on your car?

"Resistance to Tyranny is Obedience to God"

Question 2: If the Founding Fathers were alive today, they would be most appalled by which of the following?

People who cant think for, or take care of themselves

Question 3: An asteroid is headed for Earth. You have a seat on the last shuttle off the planet. If you could bring only one book with which to build a future civilization, what would it be?

Question 4: A second civil war has just broken out in America. Who is to blame?

Question 5: If you could time-travel to any historical event and bring one thing with you, what would you choose?
The Drafting of the bill of rights with a copy of what the Constitution has become. Make sure that the Founding Fathers head off some of this stupidity at the pass.

Question 6: If you were a candidate for political office, what would your theme song be?
"Indestructable" by Disturbed

Question 7: If you could pile any three people into a naked pyramid, who would you choose?
Uhh... What the hell does that have to do with anything?

Question 8: What region of the country would you most like to see kicked out of the Union?
Washington DC

Question 9: If you could issue an Executive Order, which of the following would you most like to see happen?
Repeal anything enacted after 1900.

Question 10: If you could chisel any Americans, living or dead, onto Mt. Rushmore, who would you choose?
John Moses Browning, John C Garand, Eugene Stoner,
Posted by That Guy at 9:21 AM No comments:

I WANT YOUR MONEY!

Court Ruling: The Government Can Use GPS to Track Your Moves

Repeat after me: "If you aren't doing anything wrong, you don't have anything to worry about!"

The "War on Drugs" is an abject failure, and all it has done is taken away our rights. I don't use drugs, and think you are a MORON if you do. But this is just insane. Because some idiots smoke pot, we ALL have to have(and I quote) "no reasonable expectation that the government isn't tracking your movements."
Posted by That Guy at 9:40 AM No comments:

AAC took my idea about the silenced Ranch Hand

THIS is awesome.
Posted by That Guy at 12:19 PM No comments:

Thanks, Law Dog for bringing this to my attention.

Another hero lost to time. This was a man that played his bagpipes, unarmed except for the skean dubh in his sock, on the beaches of Normandy.

I spoke for my autographed copies over at Correia's site. Have you?
Posted by That Guy at 8:35 AM No comments:

As reported by The Firearms Blog

So, I go and get myself all excited about buying a Ranch Hand, and getting it suppressed, and Rossi goes and delays it. Not shipping to Q1 2011. I am starting to fear that this will join the leagues of firearms vapor-ware that I fall for all the time.
Posted by That Guy at 7:31 AM 2 comments: 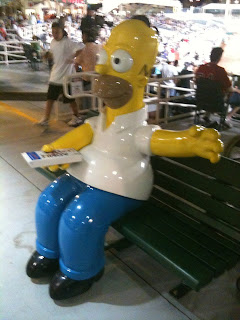 A place from my youth is changing

On the other hand, a real oddity from a wonderfully strange area made the national news. That's kinda cool.
Posted by That Guy at 4:28 PM No comments:

As if the movie was not bad enough 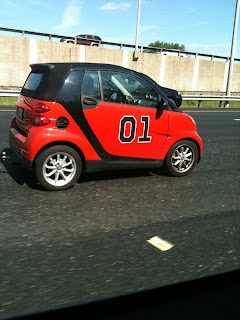 Seriously, I saw this on the commute home from work.
Posted by That Guy at 7:59 AM 1 comment:

Thank God everyone's subconscious projections are such lousy shots.
Posted by That Guy at 12:00 AM No comments: