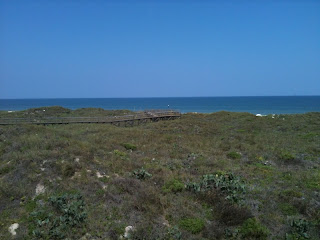 Beautiful weather and no oil.
Posted by That Guy at 8:59 PM No comments: 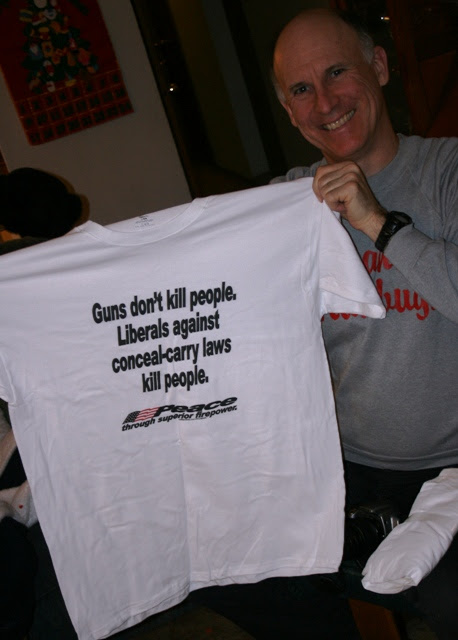 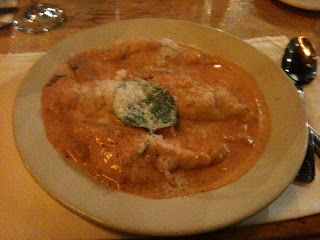 This is my third visit to 'Il Cortile' in Little Italy. Every time is
outstanding. I had the gnocchi stuffed with chicken, spinach and
Parmesan cheese. The sauce was unbelievably good.

The Wife had a lobster raviolli that had a cream sauce that was out of
this world. 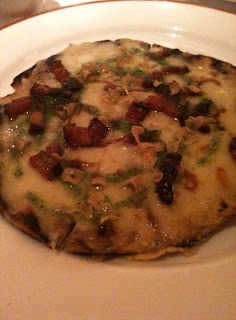 Carmelized onion, roasted garlic, double smoked bacon. It was
outstanding
Posted by That Guy at 1:52 PM No comments:

That Bobby Flay knows how to do a burger 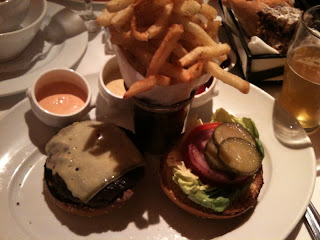 Wife had a grilled pizza that was outstanding. 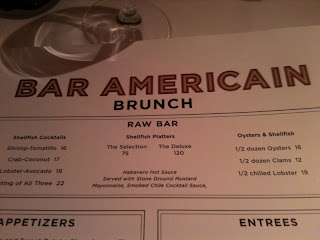 Of all the freaking luck

You know those stories of a plane load of peope stuck 10 feet from a
gate? I am freaking living it now. 40 min so far
Posted by That Guy at 9:05 PM No comments:

A few days ago, I was really wanting to get a cheapo 9mm 1911. Then I got distracted by the Saiga 12 Gauge and converting it to a more badass configuration. All of these fit into my 'oddball gun' collection.

Of course, there is my overwhelming need to accumulate more CZs... Plus, I still NEED a small concealable revolver. If only Ruger would make the LCR in 9mm, loading with moonclips.

A little Flashback for Thursday

Charlton Heston: From My Cold, Dead Hands.
Posted by That Guy at 4:10 PM No comments:

Took the freshly loaded 10mm to the range for function testing. I am very pleased with my first load- 100% reliability, and they hit where the gun aimed. Here were the first 6 shots: That's offhand at 10 yards. Not bad. Recoil was pretty mild as well. I was goofing a bit and did this with the iPhone:

MI2Tall took his Marlin .44Mag and I got some vid of him running puffball .44Specials through it:

Guns in the News

My thoughts-
As you lay there and bleed, look back on your life and reflect on what went wrong to get you to the point that strangers are applauding the fact you got shot being a dumbass.

H/T to The Armed Citizen
Posted by That Guy at 9:02 AM No comments:

It's no secret to those that know me, but I like oddball guns. Pistol caliber carbines, bolt action 7.62x39, moonclip revolvers.... I like them all. I am also a big revolver fan.

So, two things out there right now are calling a siren song to me. The pull is great, and the only reason I have not put them on order at my favorite gunstore (TexGuns) is that both of them seem to be vapor-ware:
First is the Chiappa Rhino. This thing has that whole "Yoda-Cute" thing going on: So ugly it's cute.
Then there is the Charter Arms Rimless Revolver. A revolver firing 9mm (or .380), or .40, or .45ACP without moonclips. It's like that old S&W 547 (yeah, I want one of those as well. Unfortunately, I have only seen ONE for sale- ever), this one was announced a year and a half ago, and rumors have it that it might be finally announced to ship at the NRA annual meeting next weekend.


There is one other 'dark horse' out there that fits into this 'oddball, revolver'thing is one that I am ashamed to admit is calling a siren song to me. The Rossi Circuit Judge. This is basically taking that ridiculous Taurus Judge revolver and stretching it out to make it a revolving carbine. Why does this speak to me? Because I have wanted a revolving carbine for YEARS. As a matter of fact, I bought a Ruger Super Redhawk for the express purpose of having a 16 inch barrel screwed in, a buttstock from a TC Encore fitted, and the cyl trimmed to take moonclips. That way I could fire .45ACP, .45Colt, and .454Casull all from the same cool little carbine. Just have not found a gunsmith that will do the project yet
But this Rossi would be cheaper and easier. But it would have that famous Taurus quality control that (in my personal experience) means that I would have to ship it back to the factory once, maybe twice, before it works.
Posted by That Guy at 7:50 AM No comments:

How long until the moonbats say "5/1 was an inside job?"

So, what could have been a pretty powerful car bomb was left in the heart of NYC. Our top dog law enforcement officer in the US says he is not sure it's terrorism. Then we have that dipshiat Bloomberg try and tie it to those of us that think that socialized medicine is a bad, stupid, and ruinous idea.

Now we find out that an arrest has been made, and it's a naturalized citizen from Pakistan. Worse, he spent 5 months in what could only be terrorist training in Pakistan, and none of our intel agencies knew about it.

Our incompetence in border security, Intel, and enforcement is only outweighed by the abject stupidity of someone who spent 5 months training and still could not make 10 gallons of gas, 40 pounds of propane, fireworks and fertilizer explode.
Posted by That Guy at 7:42 AM No comments:

May is Zombie Awareness Month

In observance of Zombie Awareness Month, here is my main Zombie Gun- The AK at the top of the page with a quick release mounted Burris Fast-Fire II red dot: 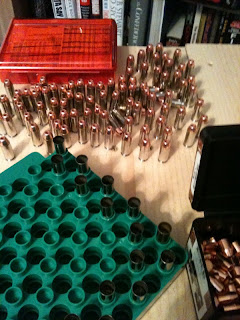 Had a few moments, loaded up some 10mm. CCI large pistol primers, 6
grains of Bullseye powder, and 180 grain Berry's Mfg copper plated
hollow point. This is a test batch to see if the load will run the EAA
Witness.
Posted by That Guy at 5:07 PM No comments: